“Islamophobia: A Threat to All” Presented by Dalia Mogahed

“Islamophobia: A Threat to All” Presented by Dalia Mogahed

This past week, Darden had the honor to co-sponsor a talk held by Dalia Mogahed as part of this year’s MLK Community Celebration. Dalia Mogahed is Chairman and CEO of Mogahed Consulting, a Washington, D.C. based executive coaching and consulting firm specializing in Muslim societies and the Middle East. She is also the Director of Research at the Institute for Social Policy and Understanding (ISPU). Dalia was appointed to President Obama’s Advisory Council on Faith Based and Neighborhood Partnerships, where she served on the Inter-religious Dialogue and Cooperation Task Force. She was invited to testify before the U.S. Senate Committee on Foreign Relations about U.S. engagement with Muslim communities, and she provided significant contributions to the Homeland Security Advisory Council’s Countering Violent Extremism Working Group recommendations. She is also widely known for her TED Talk, “What it’s like to be Muslim in America” in which she asks viewers to fight negative perceptions of her faith in the media, and to choose empathy over prejudice.

Islamophobia is a term for prejudice against, hatred towards, or fear of the religion of Islam or Muslims. The term gained traction in the late nineties leading up to the September 11th attacks, and the sentiments have persisted since. Mogahed’s talk entitled, “Islamophobia: A Threat to All” illustrated how islamophobia opens the door to other forms of bigotry.  She explained the ways in which islamophobia, racism, xenophobia, anti-Semitism and other prejudices are all inextricably linked. In her talk, Mogahed deconstructed islamophobia in America specifically. Why is there so much islamophobia in America? She speculated that one of the biggest reasons is terrorism. She looked at American public opinion of Islam and data of terrorist attacks between 2001-2013. She reports that islamophobia spiked in the run up  to the Iraq War and before 2 election cycles, but not just as a function of  actual terrorist attacks. Mogahed suggested that Islamophobia is a thriving industry in the U.S. and our media is biased in the content it produces in an effort to increase fear within consumers. Mogahed analyzed that 80% of the media content surrounding Islam is negative in comparison to 73% pertaining to North Korea, a designated Enemy of the State.

Stating, “Fear makes us more accepting of authoritarianism, prejudice, and conformity, “ Mogahed put forth that Islamophobia in the West has added more fuel to the fire; however, it is important to note that islamophobia transcends Islam. In terms of ethnicity, Islam is the most diverse religion. There is no such thing as a “typical” Muslim. Muslims with strong religious identity are more likely to have a strong American identity; piety equates to patriotism. Additionally, Mosque attendance is linked to greater civic engagement. Fear should be replaced by looking at the vast ways in which Muslims contribute to society.

Mogahed wrapped up her talk with a list of five “to-do’s” for those in attendance. 1) Challenge bigotry. She noted the importance of preaching to those who are not in the choir. Many of the audience members were there on their own accord and she urged us to educate our friends (Facebook and real), colleagues, and peers who were not in the room about the far-reaching consequences of islamophobia. 2) Call out bias media coverage. Mogahed encouraged the audience to not only post about biases on social media, but to also reach out to journalists and editors who publish the content. 3) Recognize Muslim contributions to America. It is essential that we realize the positive impacts of Muslims in our environments. 4) Build coalitions for a stronger more pluralistic America. During a time in which is seems as though all oppressed groups are under attack, it is essential that coalitions are made, bridges are built, and gaps are closed. Black Lives Matter, LGBTQ Rights, and Women’s Rights all have a place in the fight against islamophobia, and the intersectionality of minority oppression can be used to create stronger resistance and change. And finally, 5) VOTE. 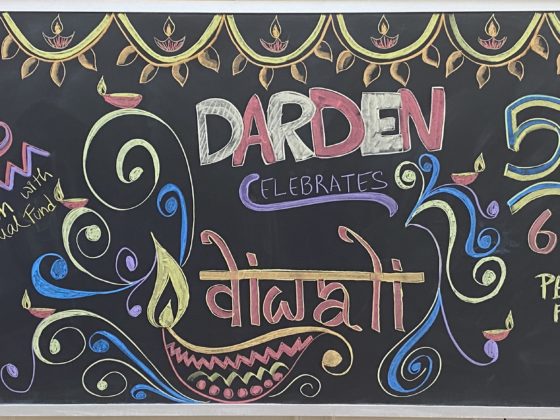