The following reflection was offered by Gregory B. Fairchild, Isidore Horween Research Associate Professor of Business Administration and Associate Dean for Washington, D.C., Area Initiatives and Academic Director of Public Policy and Entrepreneurship. Read more of Professor Fairchild’s work in Ideas to Action.

There’s a movie from my childhood that keeps coming back to me. Norman Jewison’s In the Heat of the Night opened in the first week of August, 1967.

Sidney Poitier played Virgil Tibbs, a black man who is picked up as a murder suspect by a police officer at gunpoint while waiting for a train north. I remember now that Tibbs was wearing a suit and tie, carrying a briefcase when the police approach him. Unbeknownst to those who detained him, the man was himself a detective passing through town. Ultimately, the once-suspect solves the murder and gains the respect of local law enforcement. A hero. Poitier went onto be that year’s biggest box office star.[1]

When I saw the film as a child, I recall thinking that this experience could have been my father’s. I worried that the police could pull a gun on my Dad thinking he was a criminal, not realizing he was a military officer newly-returned from Vietnam. I worried that such an exchange could easily end tragically, rather than with my Dad saving the day.

The following year, 1968, brought a spiral of racial protests across the country. The first of these came in February, in Orangeburg. It ended with 27 injured and 3 dead. Governor McNair termed it one of the “saddest days in the history of South Carolina.” Throughout the year, protests began with expressions of frustration with the status of race relations, and ended with violence and destruction. Washington as well. And, with each outbreak, lots of questions about why this was happening. Seems somehow familiar.

I’ve been reminded of the film many times over the years, and certainly in recent weeks. I am now older than my father was then. I worry now not for myself, but for our two teenage boys and their friends.

Too often, we seem stymied in finding solutions, even words that can pull us together in these moments. We look to leaders for inspiration. This is an important part of leadership. I teach this to my students in my strategy and ethics courses. We seek messages in our popular culture, and yes, in the reflections in our films.

I have deep faith in American institutions, but also disappointment and frustration with them as well. I am disappointed that 53 years after the film illustrated the fraught, dangerous interactions between blacks and the police, the film could’ve been released yesterday.

More recently, I’ve begun to encourage early, individual, diffused leadership. Perhaps we should also be looking to ourselves? We need deeper recognition and discussions that include the realities of our communities in which we live (even as we don’t often live in them together). We need to talk more about structural inequality and argue less about whether an individual or institution is biased. We need to step forward rather than pretending this doesn’t affect us.

As a business scholar, I’ve been particularly pleased with increasingly direct language coming from business leaders (e.g., Tim Cook, Dan Schulman, Evan Spiegel). They’ve typically stayed clear in these matters. Even Michael Jordan, who infamously set the example that a spokesperson for a company should stay on the sidelines has found a voice.

Jewison’s film ends with Rod Serling’s southern sheriff escorting Tibbs to his train. Even carrying his bags. Ray Charles sings over Quincy Jones’ composition. It leaves the impression of hope.

After the current human and physical smoke clears, we should recognize that film endings are scripted to provide closure. Haven’t we found that life isn’t so easy? We need the voice, perspective and skills of businesses at the table if we are to build a society with less inequality and educational, workplace and residential segregation. 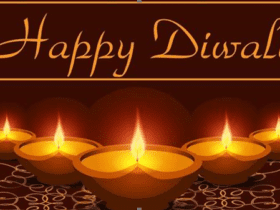