Interested in college athletics? You’ll love the University of Virginia. At Darden, students have the unique opportunity to fully engage with a plethora of UVA sports — and can often attend games for no additional fee.

If you plan to visit Darden this fall to schedule a class visit or attend an on-Grounds event, you may want to check out the full schedule of athletics, including football, soccer, volleyball, field hockey and more. (The national champion men’s basketball team kicks off play in November!)

Coach Bronco Mendenhall and the Cavaliers look to outdo their strong performance last season. This season, UVA is picked by many to win the ACC’s Coastal Division, following 2018’s eight-win season that concluded with a shutout victory against South Carolina at the Belk Bowl.

Virginia football kicks off their season opener on 31 August at Pitt, followed by UVA’s first home game 6 September against William and Mary. The first home game of the season is preceded by the annual “Paint the Town Orange” pep rally on the Charlottesville Downtown Mall, featuring appearances by coaches, players, the UVA Marching Band, spirit squads and the Cavman mascot.

See the full schedule and find out where you can tune in to view the games.

Wait … the World Cup is over? It’s easy to keep the excitement going for women’s soccer going when UVA had so many close ties to the tournament. Head coach Steve Swanson served as an assistant coach for the U.S. National Team, and three former Cavaliers (Becky Sauerbrunn, Morgan Brian and Emily Sonnett) played for the U.S. team in this summer’s FIFA Women’s World Cup.

UVA’s women’s soccer team enters the 2019 season as the 9th-ranked team nationally, according to the United Soccer Coaches pre-season poll. After a solid 2018 season (UVA finished 4th in the ACC and 11th nationally), the Cavaliers are poised for a strong start with 16 returning letter winners.

The Cavaliers open their season on Friday, 23 August, in a home match against the University of California, Irvine. Can’t make it to the first match? Not to worry, the women’s team plays seven consecutive home games to start off their season! See the full schedule.

The seven-time national champion Cavaliers open their 2019 season on their home turf at Klöckner Stadium on 30 August with a match against Pacific. The Virginia men’s soccer team will host a total of 11 home games during the season, and will again return to Audi Field (home of D.C. United) to play non-conference rival and defending national champions Maryland on 2 September in the Battle of the District.

The team enters the 2019 season ranked 12th in the country, according to the United Soccer Coaches preseason poll. 15 letter winners return this season, including several All-ACC selections. See the full schedule.

Interested in even more recreational opportunities? Check out some of Charlottesville’s activities or learn more about Darden’s clubs and organizations. 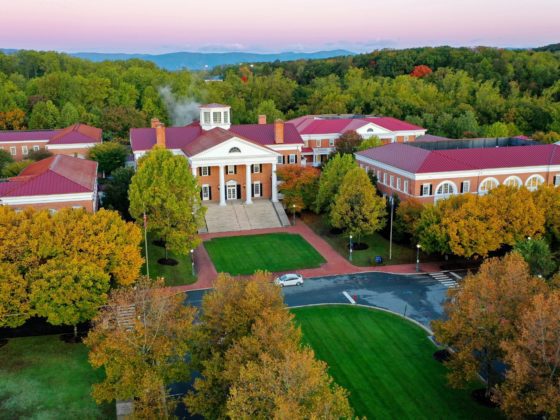